Who’s the G.O.A.T.? — The Game of Ridiculous Excellence (and Goats) Gives Everyone a Chance to Shine 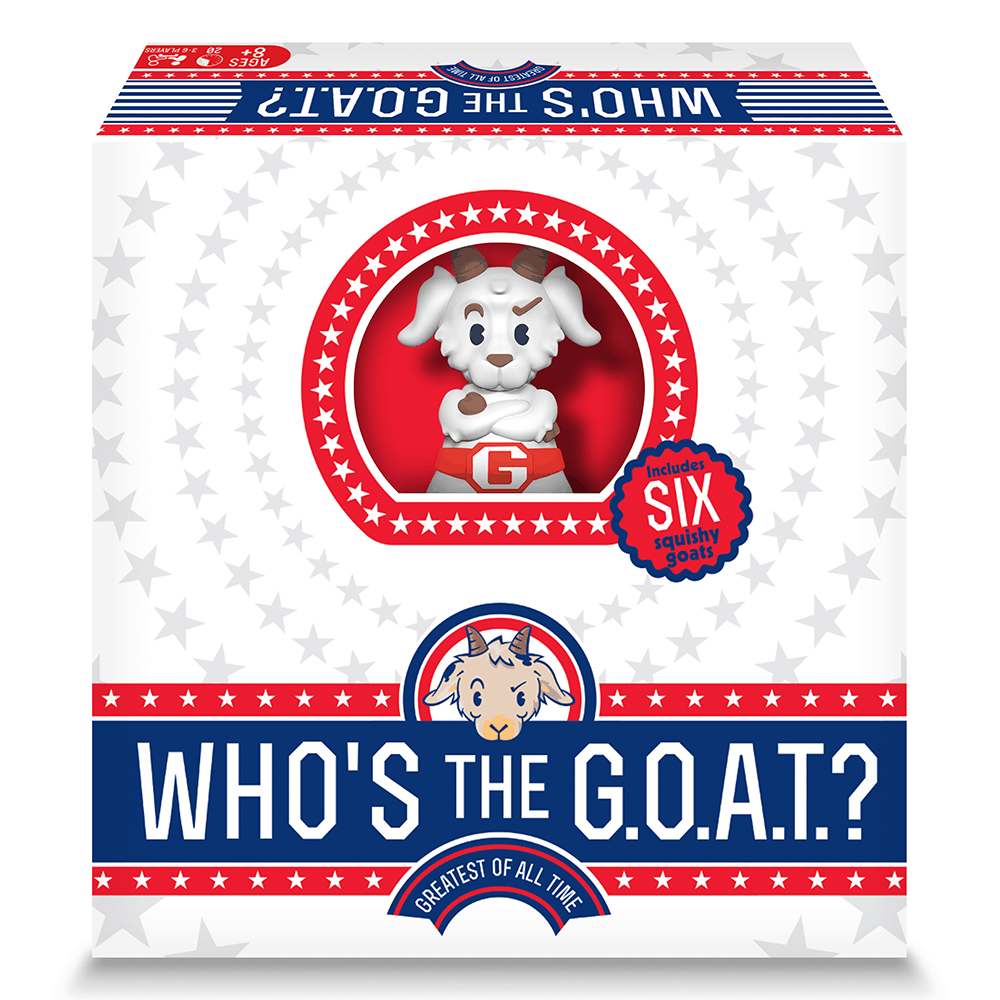 28 Jul Who’s the G.O.A.T.? — The Game of Ridiculous Excellence (and Goats) Gives Everyone a Chance to Shine

Posted at 10:35h in News by Shannon Swindle
0 Likes

Nashville, July 28, 2020 – New from Big G Creative, Who’s the G.O.A.T.? is the hilarious party game that’s one part prediction, one part competition, and all parts fun. Who’s the Greatest of All Time (G.O.A.T.)? You are! Everyone’s the greatest at something. Who’s the G.O.A.T.? allows friends and family to discover each other’s hidden talents and is fun for all ages.

The game comes with six irresistible squishy goats. Players pick who they think will be the best at a variety of off-the-wall challenges, then vote by tossing their squishy goats. Goats will go flying around the room! It’s one bleating good time.

“Everyone who plays this game will have the chance to feel successful at something,” said Shannon Swindle, Director of Product Development, Big G Creative. “You may not be the greatest at cartwheels, but maybe you’re the greatest at rolling your R’s or wiggling your ears.”

Score a tin can if you voted for the player who did it the greatest, and the G.O.A.T. scores a tin can for being great! The player with the most tin can tokens at the end of the game, wins.

For three to six players ages eight and up, Who’s the G.O.A.T.?  takes twenty minutes to play and includes six squishy goats, 200 challenge cards, 60 scoring tokens, one pad of paper, six pencils, and one sand timer.

Available now at Target stores nationwide and Target.com, Who’s the G.O.A.T.? sells for $24.99. Published by Big G Creative, the game was invented by Peggy Brown.