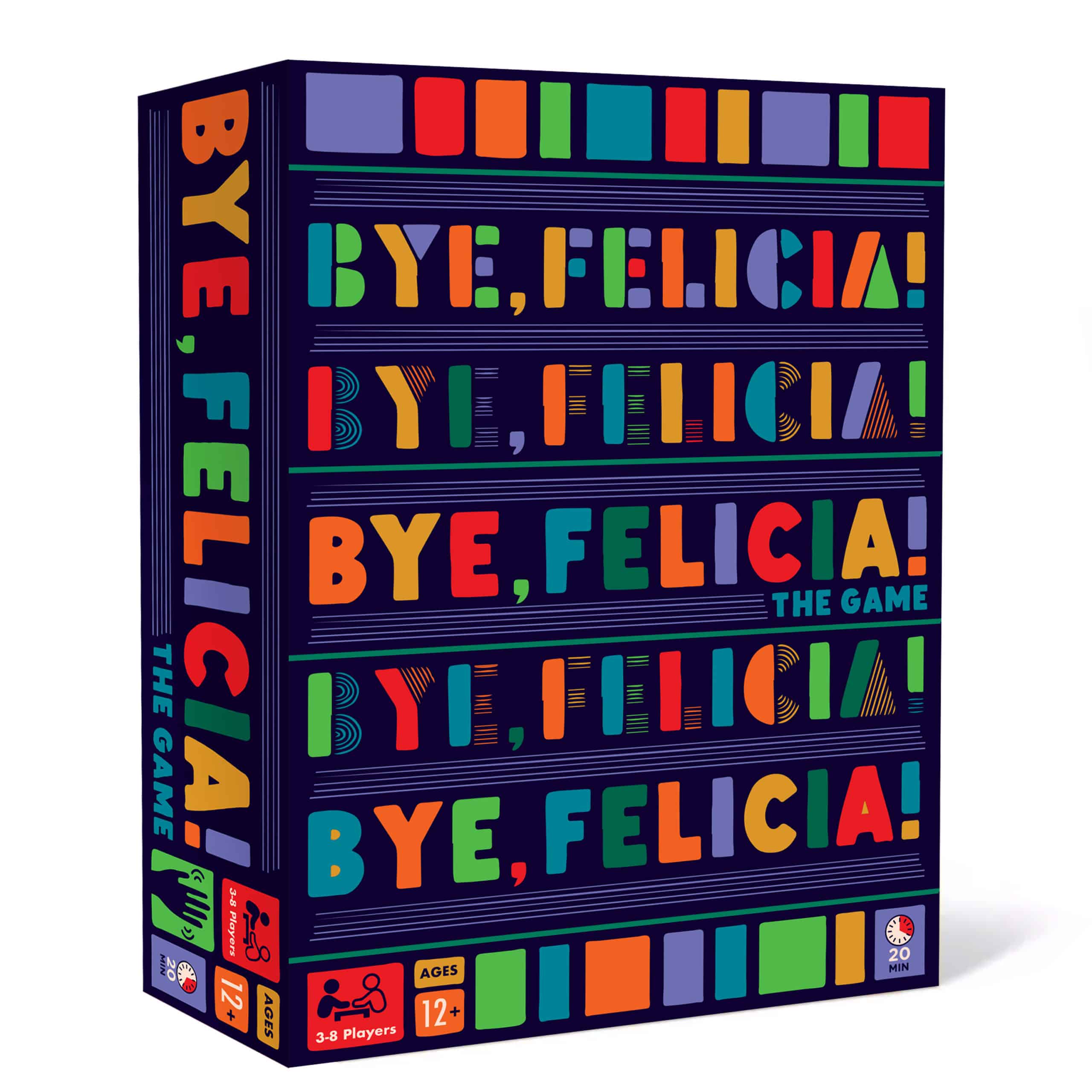 Posted at 07:25h in News by Shannon Swindle
0 Likes

Nashville, June 22, 2020 – Saying goodbye has never been so fun! A new party game from Big G Creative, Bye, Felicia! incorporates the pop culture phrase in a fun and fast-paced game of wild word associations. For ages 12 and up and available now at Target, the game requires players to mind meld with friends and family to guess what others are thinking.

Bye, Felicia! challenges great minds to think alike or at least guess how they think! Players have 30 seconds to list as many answers as they can before time runs out. The topics are random and range from “Foods You Eat with Ketchup” to “Bad Habits,” giving every round the potential for lots of laughs. When someone has an answer that doesn’t match another player, everyone says “Bye, Felicia!” good heartedly dismissing the person from that round of gameplay.

“Our game designer came up with a great concept that will make friends and family laugh out loud,” said Shannon Swindle, Director of Product Development, Big G Creative. “It’s all about learning how well you know the other players and guessing what they’ll think, with the added twist of a goodbye diss.”

The game’s objective is to match as many answers as possible with the other players to stay in the round the longest. Scoring tokens are collected each round and the person who collects the most tokens overall, wins the game!